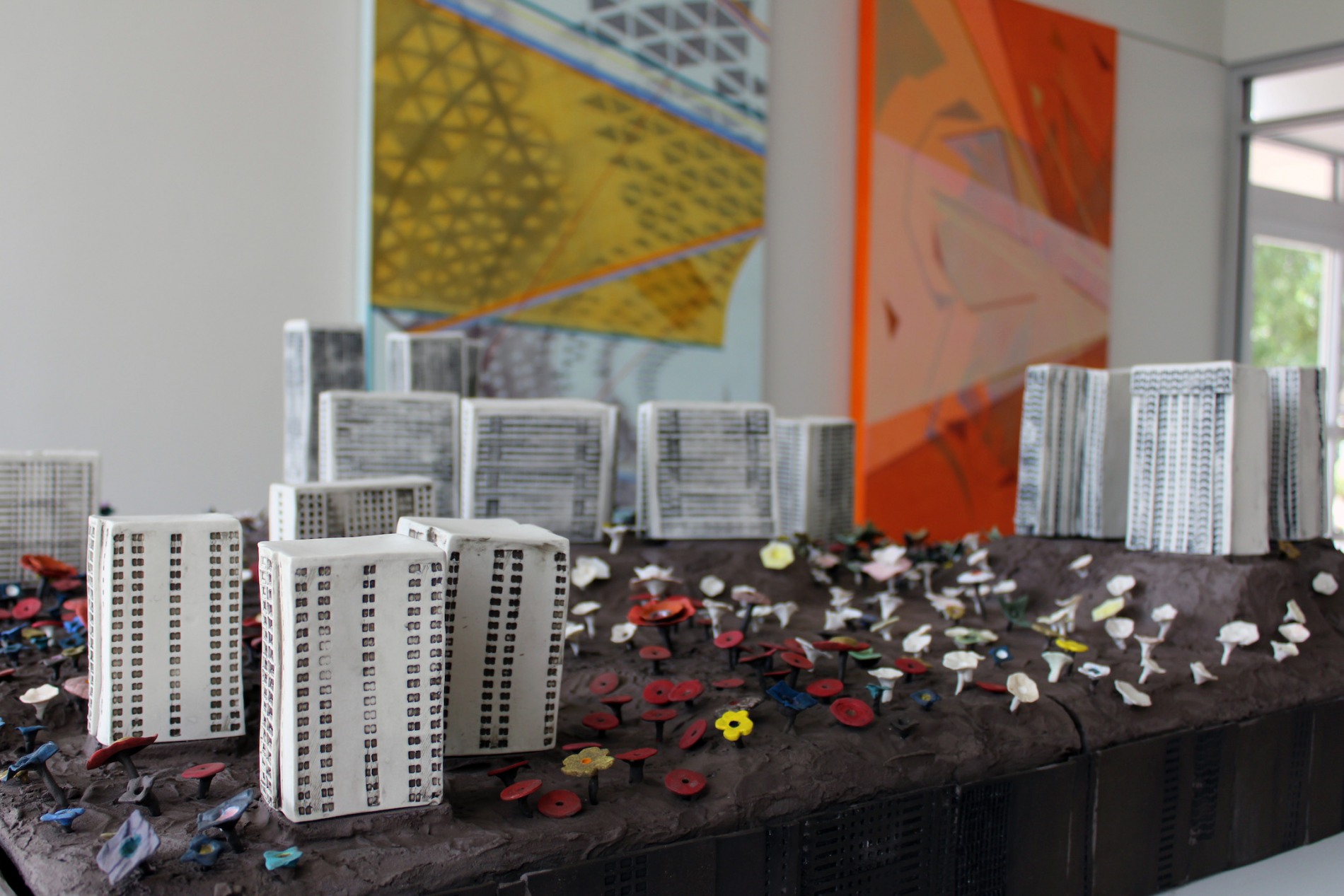 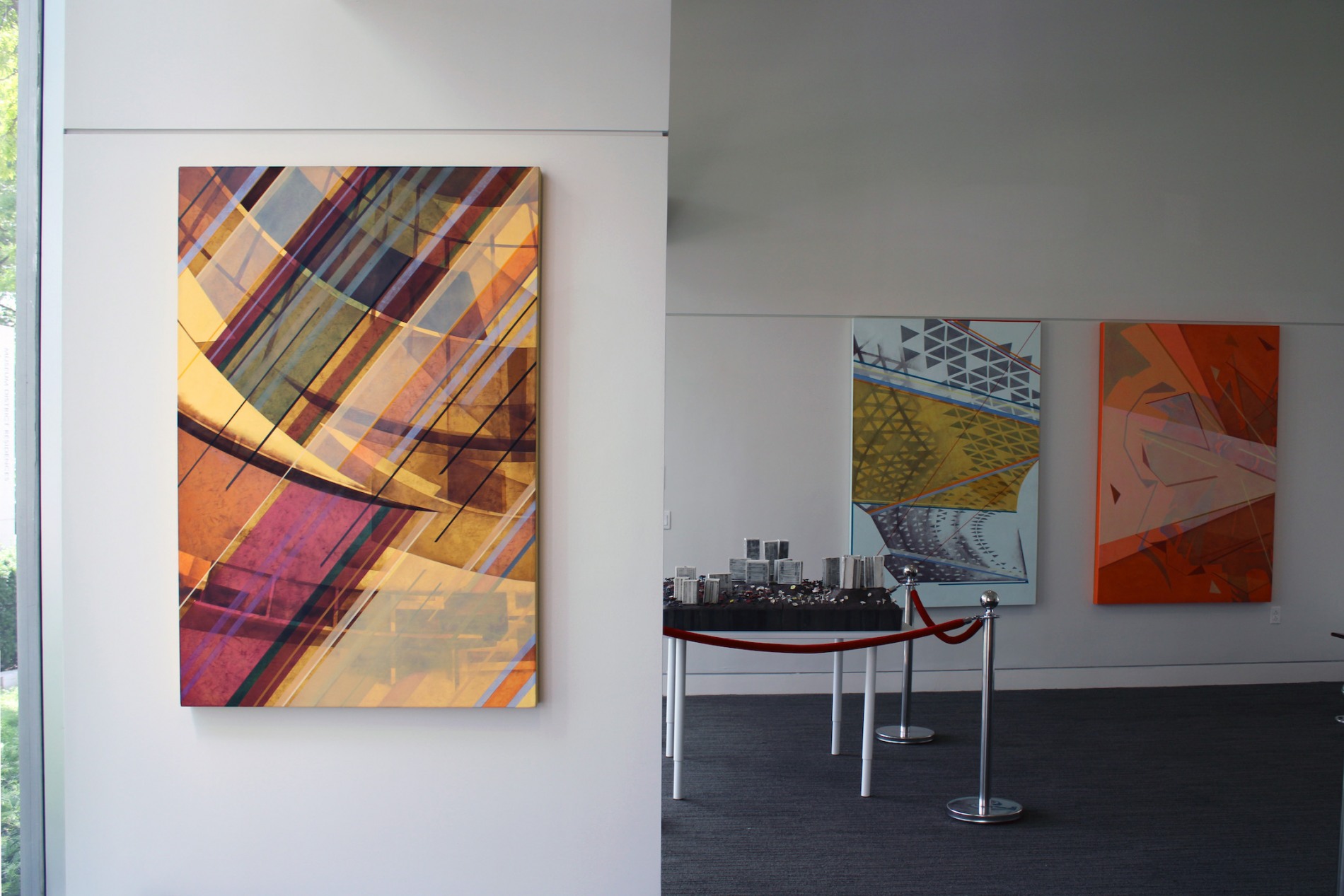 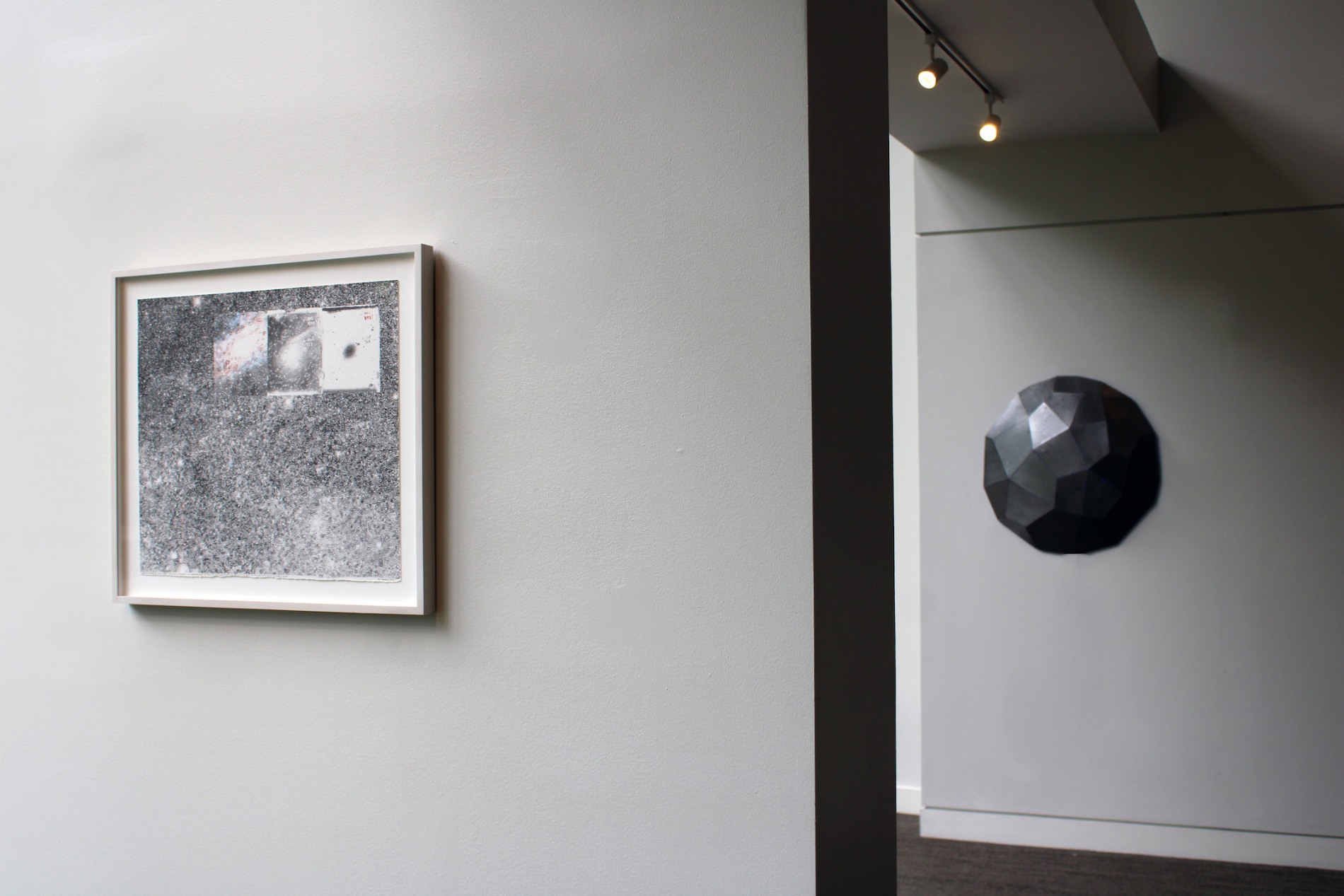 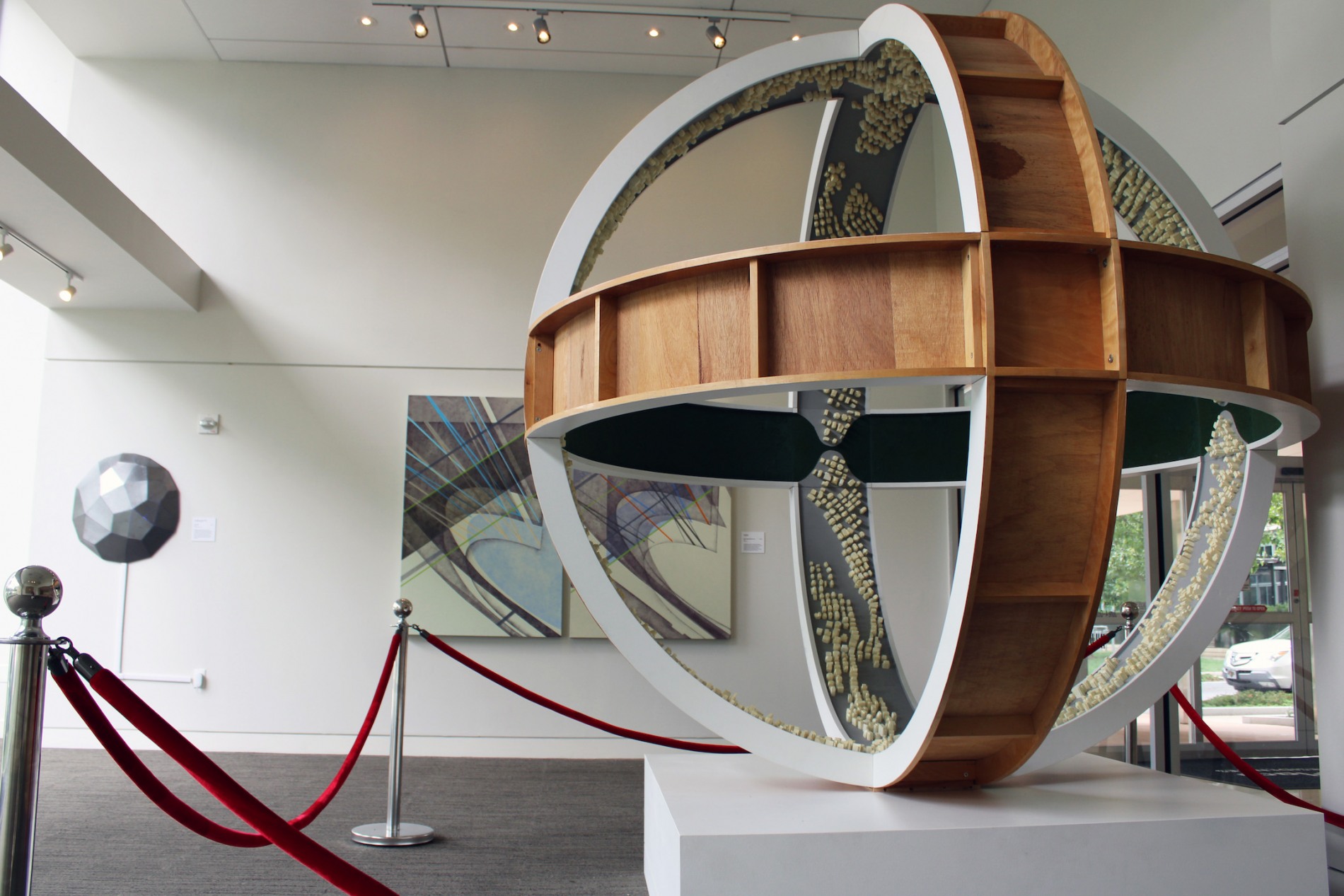 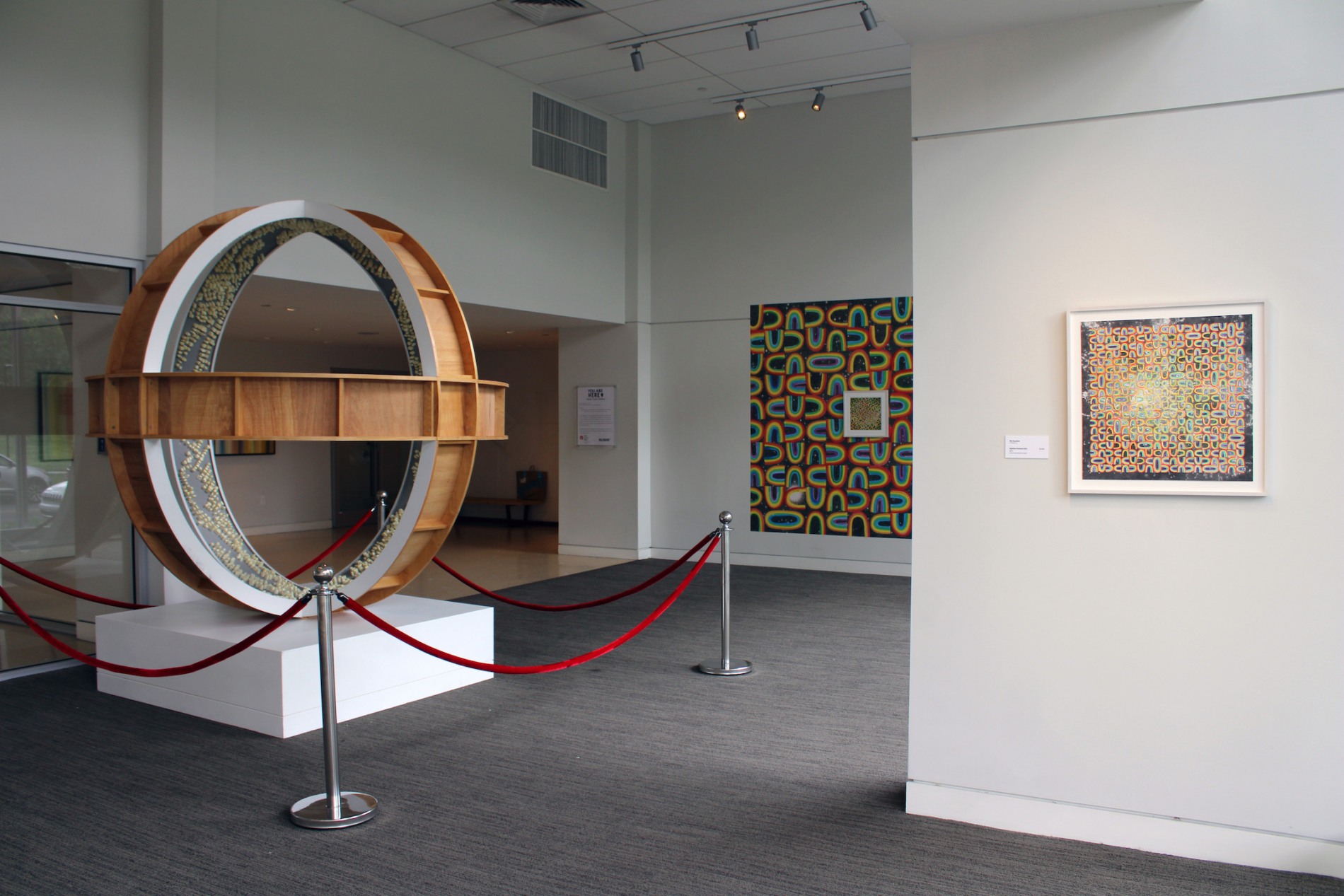 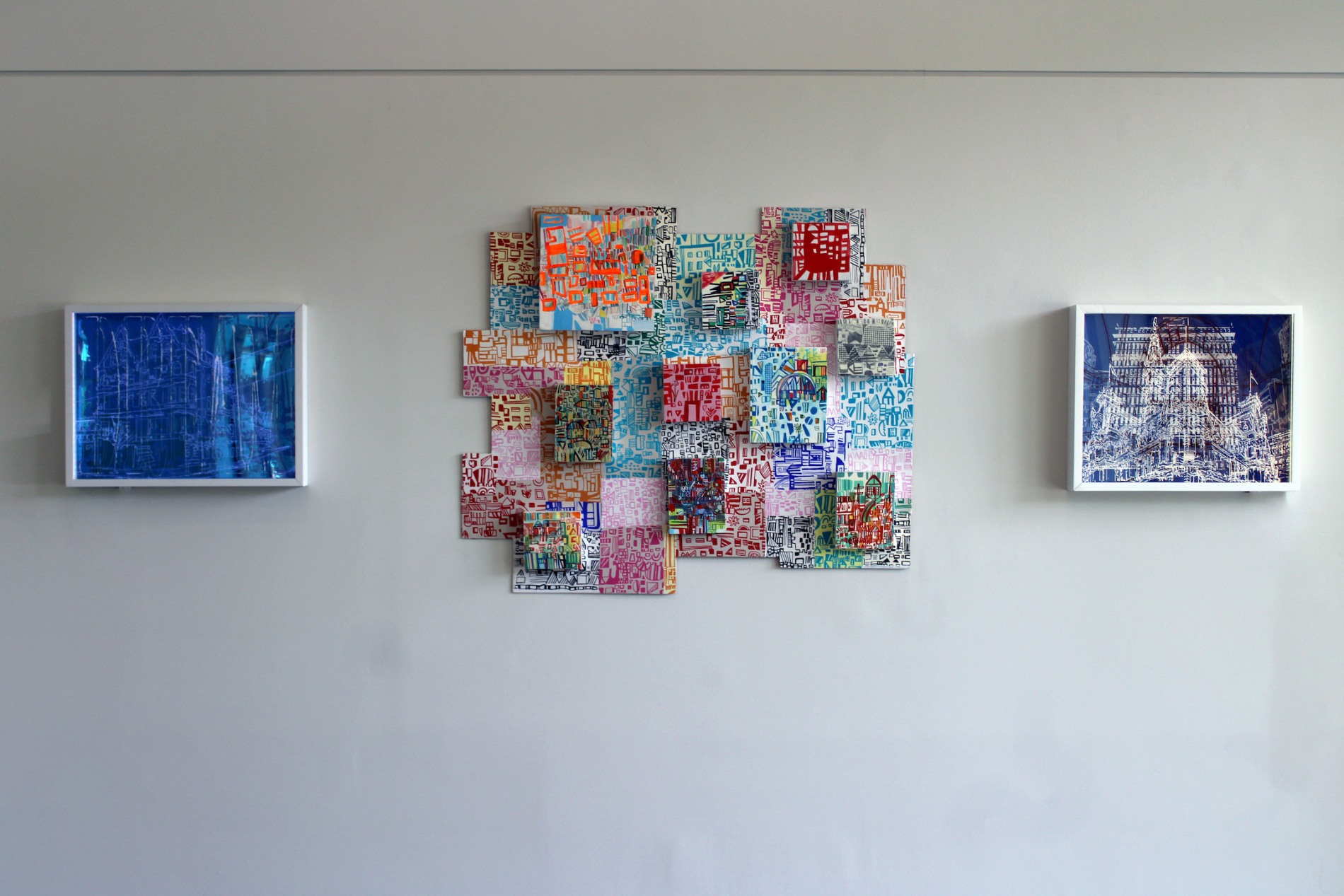 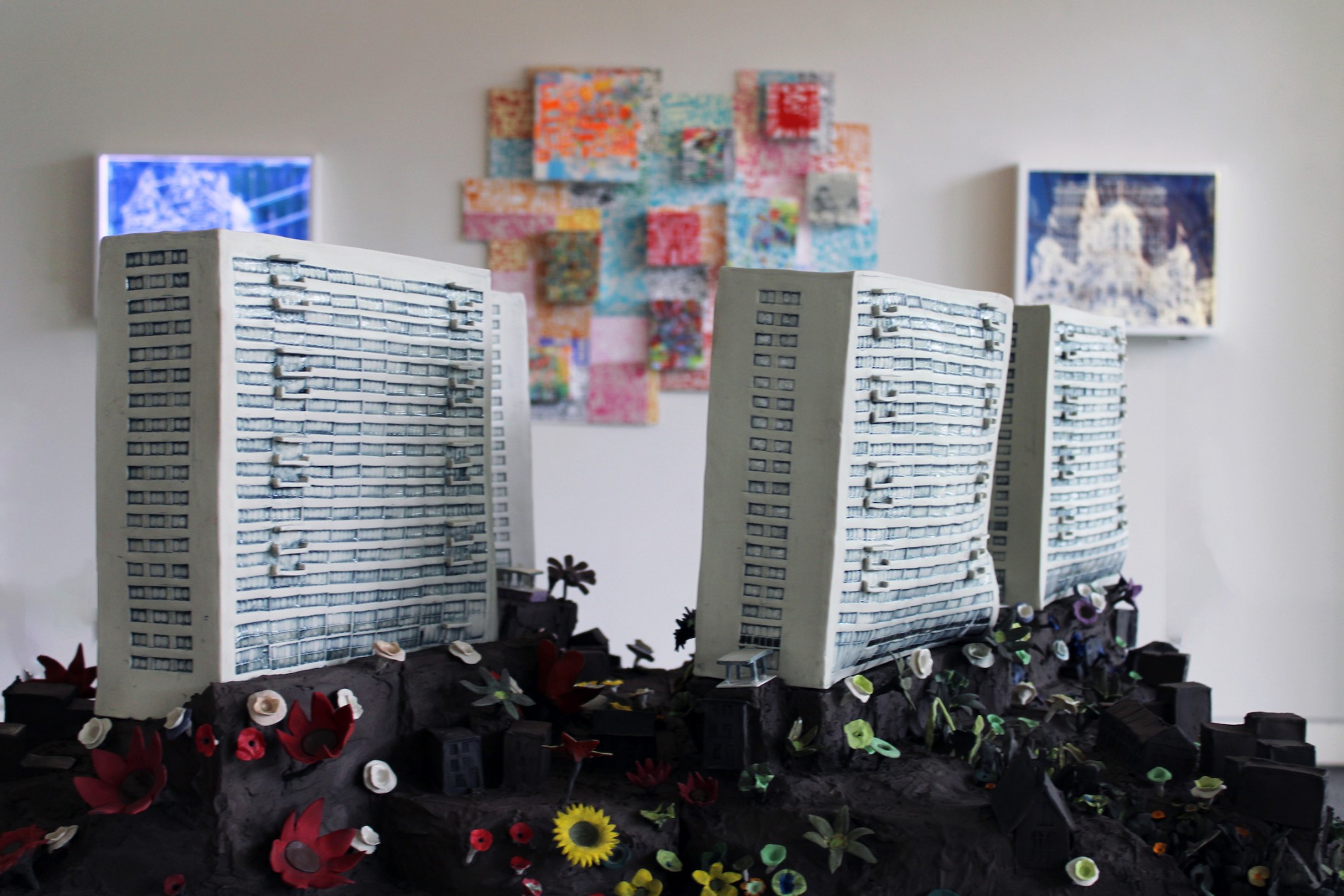 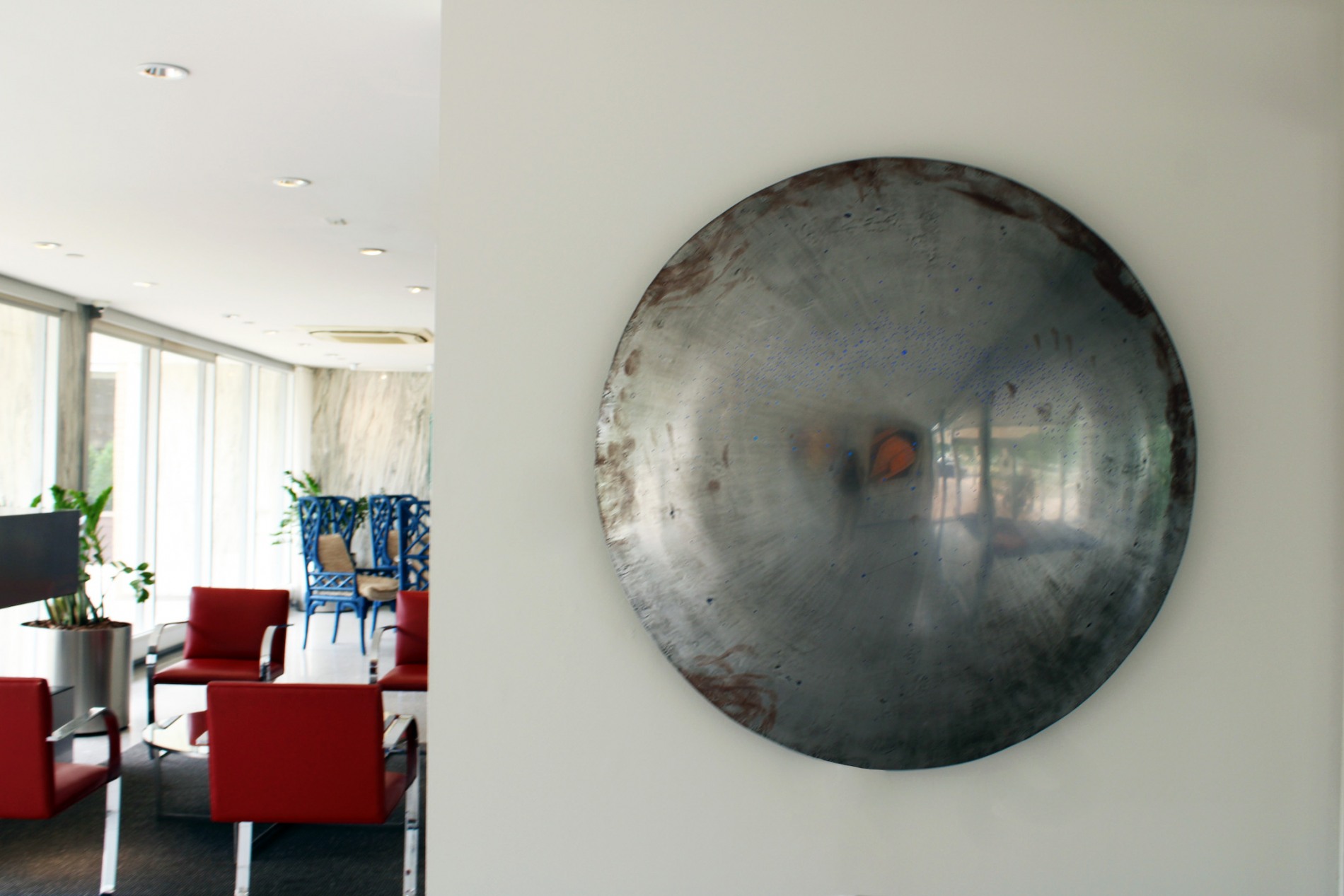 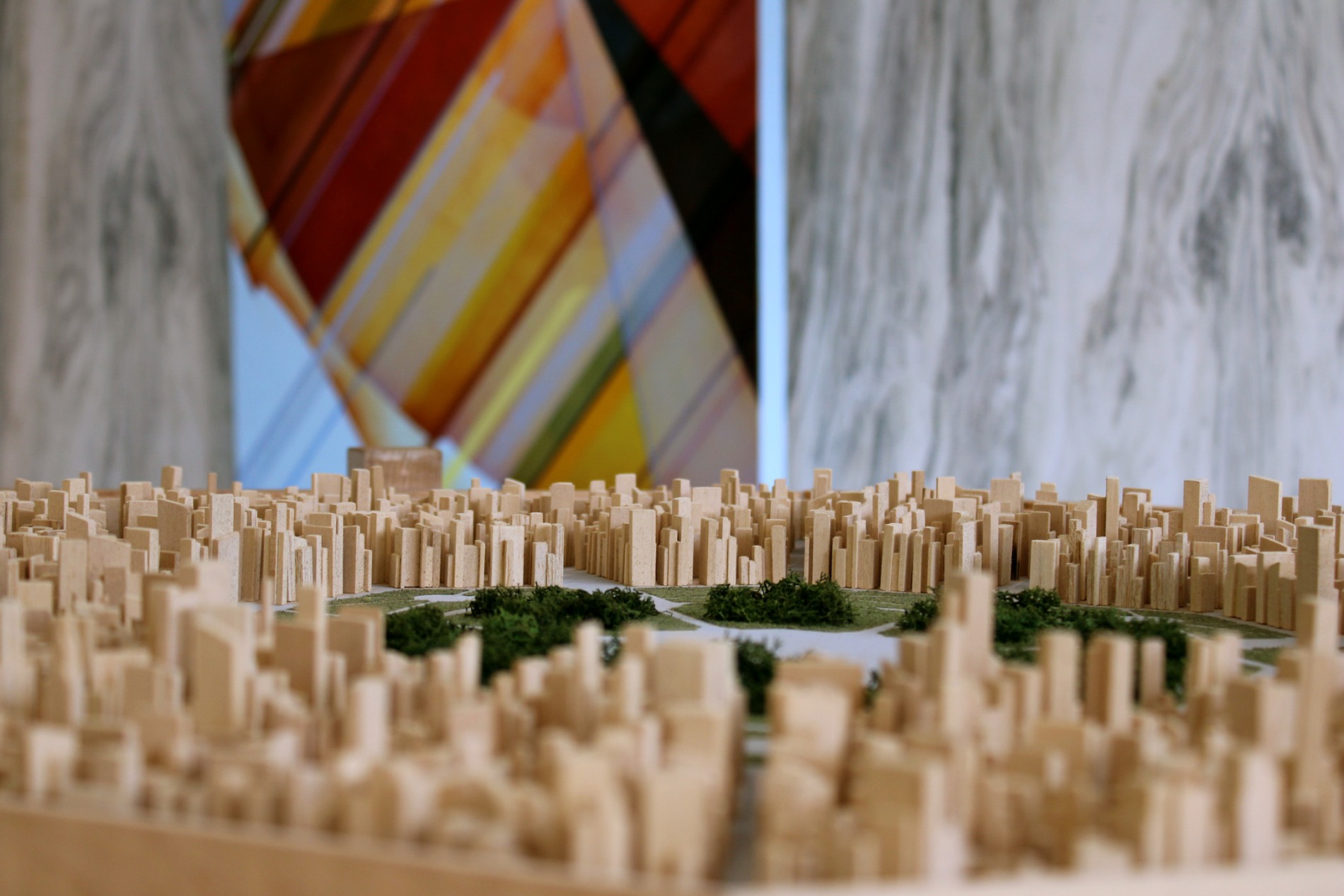 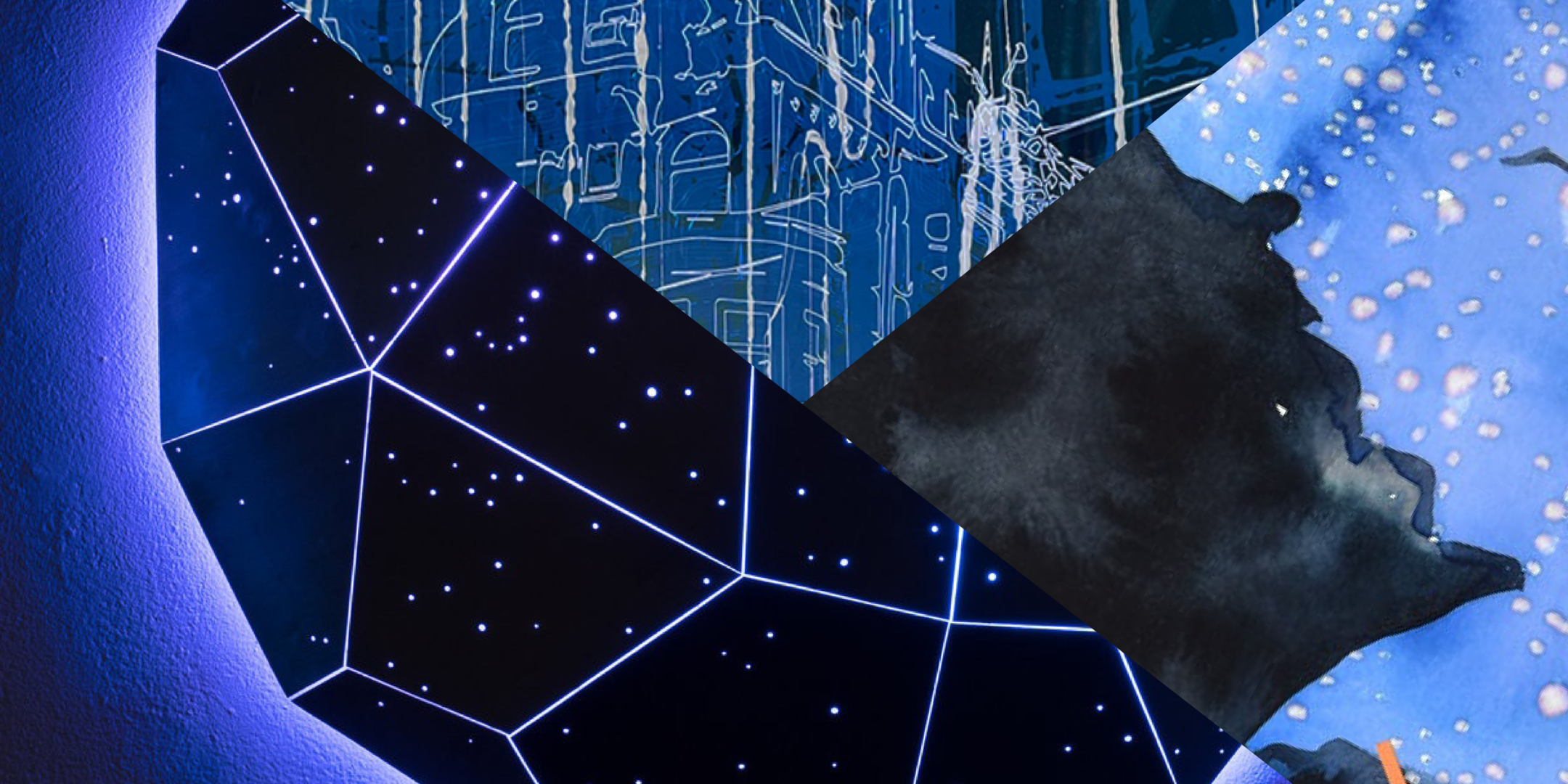 From studying the buildings we populate, to the bodies we inhabit, to how we navigate the world at large, You Are Here explores themes of mapping and placemaking. In this exhibition, a group of seven artists take on various approaches to these themes to examine the places where we live, work, and play as a way to gain insight into our collective needs and aspirations.

Jennifer Johnson, Paul Fabozzi, Maria R. Schneider, and Miriam Singer reflect on and analyze our constructed surroundings. Fabozzi’s paintings highlight the epic structures from around the world, from Rome, to London, to Berlin. Johnson has made a special homage to Park Towne Place itself, and the larger movement of Mid Century Modern architecture for this exhibition: two ceramic installations that map the Park Towne Place campus itself, as well as the downtown boom of mid-century apartment buildings in Philadelphia, and the idealism that it represented. Singer and Schneider also honor the architecture of Philadelphia with their paintings and lasercut constructions, respectively.

Mia Rosenthal zooms out to a galactic view, reminding the viewer that they are dwarfed by the cosmos. Deirdre Murphy’s works keep the viewers in outer space, highlighting the celestial constellations above us and contrasting them with the light pollution emanating from Earth. Conversely, Colleen Keefe’s large-scale works take us to a micro level, inside ourselves; mapping imagined places as a way of investigating our own bodies and constructed identities.

From the embodied, to the environment, to the galactic, the included artists use their respective talents to delineate the places that we exist in in their different forms.