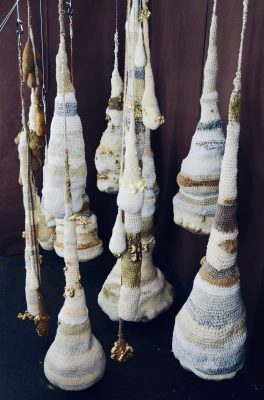 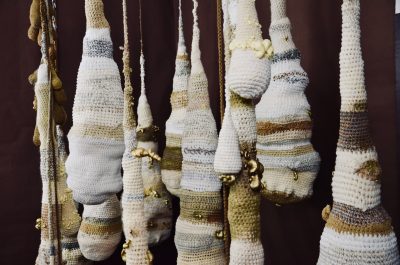 The Space in Between 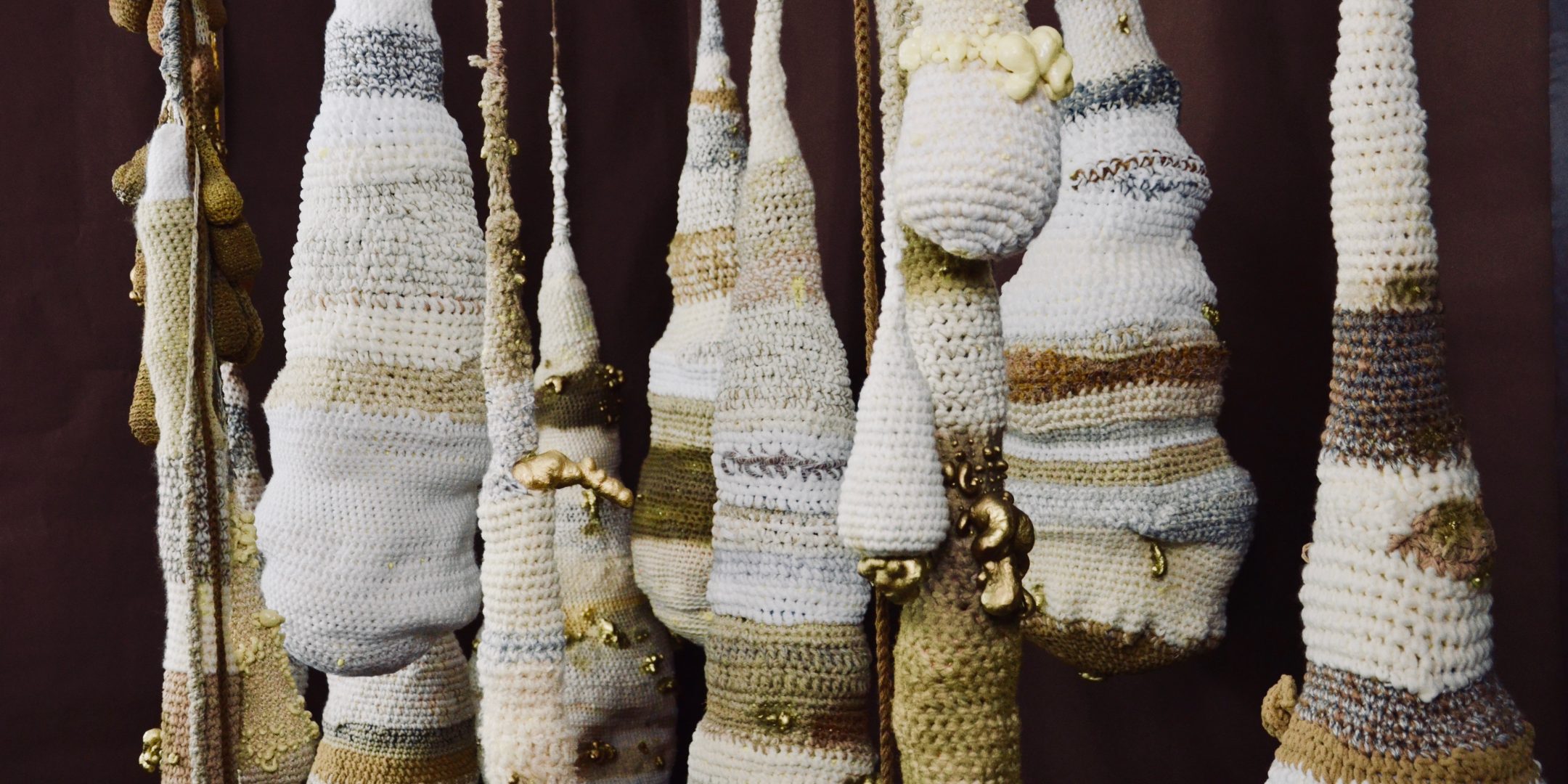 Showing in the InLiquid Vestibule at Old City Publishing, located in the heart of Northern Liberties on the corner of 2nd Street and Fairmount Avenue, the intricate work of  Melissa Maddonni Haims is on display.

Featured in New York City’s 2018 Spring Break Art Festival, The Space in Between is one of Haims’ signature fiber installation made of various yarns crocheted by hand and stuffed with what Haims calls the “shredded fabric of humanity.”

Haims’ work has been shown extensively in national galleries and museums and is held in private collections throughout the United States. In 2014, she was featured on an A&E network television program about artists who make work out of unusual materials. She has been yarn bombing internationally since 2010.

“Working in materials traditionally considered “feminine,” my fiber pieces reflect the virulence and frustration that are related to women’s roles and domesticity. Through quilting, embroidering, knit and crochet, I build the conceptual vocabulary of my various bodies of work. I find the craft of quilting parallels nicely with the reality and experiences of womanhood — there are a million little pieces of ourselves that we are stitching together every day to build our internal and external narratives.”