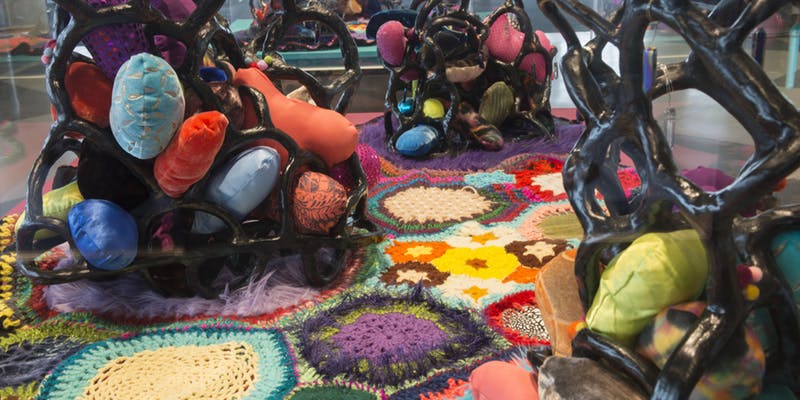 Please join us on November 20th at the Oar Pub in the South Tower of Park Towne Place for an artist talk by Angela McQuillan.

About this Event
Angela McQuillan is a Philadelphia-based Artist and Curator working at the intersection of art and science. Angela holds degrees in both Biology and Painting and has ten years of experience working as a scientist in various roles including academic research and pharmaceuticals. She is a former member of the Little Berlin curatorial/artist collective in Philadelphia, where she received a Knight Foundation grant in 2013 for the Little Berlin Fairgrounds Project. Angela has curated over 40 art exhibitions to-date relating to science and technology, including exhibitions by internationally recognized artists working specifically with biological media. Angela currently works as the Curator at the Esther Klein Gallery, and the Director of the University City Science Center’s BioArt Residency which she founded in 2017. Her work has been featured in prominent publications such as The New York Times, Forbes and SciArt in America.

Angela McQuillan’s artist talk will be in conjunction with the artist reception for Into the Woods in the North, South, and West Towers.