"There have been other exhibitions that chafed the public’s expectations of what was appropriate for the Academy to show." 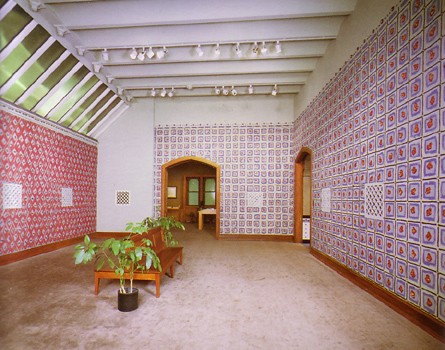 This essay appeared in the book Searching Out the Best, A Tribute to the Morris Gallery of the Pennsylvania Academy of Fine Arts, published in 1988.

Anniversaries tend to stimulate our sense of history. From a historical perspective, the past decade of Morris Gallery exhibitions fits into a long tradition of contemporary art at the Pennsylvania Academy of the Fine Arts. “Tradition of contemporary art” may seem at first to be an oxymoron, so much does the implication of a treasured heritage seem at odds with the nature of current art. It certainly seemed so to Gertrude Stein, who once remarked to a director of New York’s Museum of Modern Art, “You can be a museum or you can be modern, but you can’t be both.” The Pennsylvania Academy of the Fine Arts, however, has always had a commitment to the art of its time. In 1805, long before the evolution of modernism, the original charter dedicated the Academy to “assisting the studies and exciting the efforts of the artist gradually to unfold, enlighten and invigorate the talents of our countrymen.”

Thus began a program of exhibiting and acquiring works by living artists, which has created a rich and unique collection. Some particularly perspicacious purchases are shown in figs. 15-20. The Pennsylvania Academy’s policy of exhibiting contemporary art began in 1811 with the institution of the prestigious annual exhibitions. Among the many notable artworks bought by the Academy from the annuals are Childe Hassam’s Cat Boats, Newport, 1902; Horace Pippin’s John Brown Going to His Hanging, 1942; Conrad Marca-Relli’s The Hurdle, 1959; and Richard Diebenkorn’s Interior with Doorway, 1964. Although these exhibitions were discontinued in 1969, the Academy has maintained the policy of periodically buying works of contemporary art from its exhibitions — now held principally in the Morris Gallery.

The Morris Gallery is also the unofficial heir of the Academy’s tradition of showing the work of artists associated with Philadelphia. As early as 1897, the recent graduate Robert Henri (1865-1929) was given a show of his own; and such others as Edward Redfield (1869-1965), Hugh Breckenridge (1870-1937), Maria Oakey Dewing (1845-1927), and The Eight* were shown between 1899 and 1909. This informal policy of favoring artists who lived or worked in the city was formalized in 1946 when, at the initiation of the president of the Academy, Joseph Fraser, the Philadelphia Artists’ Gallery was set aside.

In the Academy’s long history, it is inevitable that, amid the successes, there have also been failures to seize opportunity. Whistler’s Arrangement in Grey and Black, No. 1: Portrait of the Artist’s Mother, 1871 (Musee d’Orsay, Paris), for example, is now ranked among the world’s best loved paintings; but the Academy made no move to purchase it when it was shown here in a special 1881 exhibition of American artists at home and abroad. Likewise, the Hudson River school is today regarded as an important chapter in the history of American art, but not one work was acquired for the collection in the nineteenth century. In the 1950s, the Academy dismissed abstract expressionism as a passing craze and did not buy any major examples of this internationally significant movement in the history of American art.

Nonetheless, looking back, there are instances of such extraordinary farsightedness that they counterbalance the lapses. The pioneering exhibition Paintings and Drawings by Representative Modem Artists, for example, mounted by the Academy in 1920, was hailed as the first American museum show of modern art. It was visited by twenty-five thousand people from all over the country eager to see the work of such innovators as Georges Braque, Mary Cassatt (1845-1926), Paul Cezanne, Edouard Manet, Henri Matisse, and Pablo Picasso. The next year, a related and equally daring selection of “the later tendencies” of contemporary American art included the work of Arthur B. Carles (1882-1952), Arthur Dove (1880-1946), Man Ray (1890-1976), Morton Schamberg (1881-1918), Edward Steichen (1879-1979), Florine Stettheimer (1871-1944), Max Weber (1881-1961), and Marguerite Zorach (1887-1968). A third landmark exhibition of modernist art, held in 1923, consisted of a selection of European cubist and expressionist paintings and sculpture recently acquired by the Philadelphia collector Dr. Albert C. Barnes.

To our public, this intermittent appreciation of the cutting edge of contemporary art is as unanticipated as our backing of traditional art is expected. This innovative aspect of the Academy’s taste is the one that informs the functions of the Morris Gallery. Its roster of artists reveals the broadest definition of what contemporary art signifies. At times, the Morris Gallery has shown current paintings and sculptures that address classical and representational concerns. Witness the elegant restraint of Anthony Visco’s bas-reliefs of the Stations of the Cross, the crystallized beauty of Martha Mayer Erlebacher’s figure studies, the delicate color harmonies of Diane Burko’s landscape drawings, and the keen sense of place in the diminutive painted vistas by the Academy graduate Emily Brown. Some Morris Gallery exhibitors have drawn upon the Academy itself for inspiration: Gerald Nichols created a series of variations based on the composition of a work in the collection, Winslow Homer’s Fox Hunt (fig. 2), which was specially hung in the Morris Gallery during Nichols’s show; and Cynthia Carlson’s exhibition Homage to the Academy Building, arguably the most well-known and widely reviewed Morris Gallery show, was based on the very fabric of the Academy — its decorative motifs and ornamental grillwork.*

There have been other exhibitions that chafed the public’s expectations of what was appropriate for the Academy to show. Many members of our audience were discomfited by the chilling implications of Robert Younger’s sculptural installation Sexually Contagious Relationships and distressed by the themes of bondage and oppression of women in the sculpture of Arlene Love. Other Morris Gallery exhibitors explored controversial political issues. Jonas dos Santos polled his audience with postcards about their support for nuclear disarmament, and Marcy Hermansader addressed themes of environmental pollution and racism. Lynn Denton invited fourteen feminist artists to participate in her installation.

Within the past decade, awareness of the Morris Gallery has increased as publications such as the Philadelphia Inquirer expanded critical coverage of local art institutions. The national press occasionally covers the Morris Gallery, as well; and National Public Radio featured Harriet Feigenbaum’s unusual exhibition Reclamation Art, documenting her outdoor planting projects in abandoned strip mines.

Unlike the majority of similar galleries in American museums, the Morris Gallery is juried not by a single curator but by a committee that includes artists, collectors, and Academy staff and students. While most of the potential exhibitors present themselves to the committee on their own initiative, other candidates are introduced by committee members. Over the years, word of mouth has helped spread the good reputation of the Morris Gallery to a large group of artists. The selection process, while not without faults, has resulted in a ten-year exhibition schedule of great breadth, encompassing installation and neon work, performance art, photographs, paintings, sculptures, prints, fiber art, and ceramics. The percentage of women and minority artists who have shown in the Morris Gallery comes closer than in most other venues to matching their proportions in the art community. In marking the tenth anniversary of the Morris Gallery, it is worthwhile to recall its place in the historical context of the nation’s oldest art museum. We celebrate that partnership with the past, as we look forward to the future.

Taxes: Start Now to Prepare for Next Year

Social Media Basics for Artists: How to Grow Your Reach and Cultivate Your Audience

Documenting Your Work: Photography Tips and Tricks When All You Have is a Phone